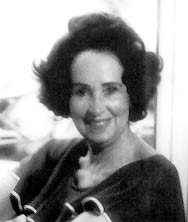 Librarian Note: There is more than one author in the GoodReads database with this name. See this thread for more information.

Eleanor Alice Burford, Mrs. George Percival Hibbert was a British author of about 200 historical novels, most of them under the pen name Jean Plaidy which had sold 14 million copies by the time of her death. She chose to use various names because of the differences in subject matter between her books; the best-known, apart from Plaidy, are Victoria Holt (56 million) and Philippa Carr (3 million). Lesser known were the novels Hibbert published under her maiden name Eleanor Burford, or the pseudonyms of Elbur Ford, Kathleen Kellow and Ellalice Tate. Many of her readers under one penname never suspected her other identities.
-Wikipedia